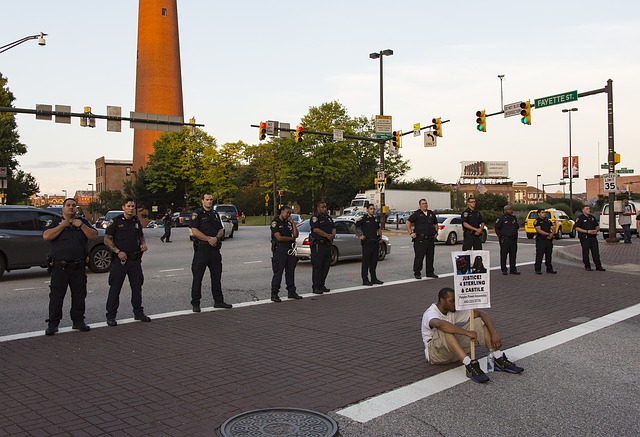 On March 2, 2017 NC Representative John Torbett introduced legislature in the House which clearly aims to crack down on and intimidate protestors in North Carolina. Entitled AN ACT TO CREATE THE CRIMINAL OFFENSE OF ECONOMIC TERRORISM, TO ESTABLISH CIVIL LIABILITY FOR ECONOMIC TERRORISM, TO CREATE A DUTY FOR A RESPONSIBLE PUBLIC OFFICIAL TO TAKE ACTION TO CLEAR TRAFFIC OBSTRUCTIONS RESULTING FROM UNLAWFUL ACTIVITIES, TO INCREASE CRIMINAL PENALTIES FOR OBSTRUCTING TRAFFIC WHILE PARTICIPATING IN UNLAWFUL ACTIVITIES, AND TO PROVIDE CIVIL LIABILITY FOR THE COSTS OF RESPONDING TO TRAFFIC OBSTRUCTIONS AND CERTAIN OTHER UNLAWFUL ACTIVITIES.

That’s an impressively long title, so let’s quickly break it down. This bill, H.B. 249, sets out to do several things. First, it establishes the crime of “economic terrorism”, which comprises: • a person willfully commits a criminal offense (say…trespassing) that impedes or disrupts the normal course of business • that disruption results in damages of more than one thousand dollars • the act is done with the intent to intimidate civilians (either at large or an identifiable group such as shareholders) or to influence some level of government in some way

Secondly, it makes this new crime a felony. Thirdly, it establishes that anyone whose person or property is injured by a “terrorist” may sue that person for damages, up to three times the actual damages sustained or $50,000, whichever is greater. Fourth, it establishes that if a person is convicted of participating in an unlawful assembly, riot, or obstructing traffic, they can be held legally liable for the cost of the police who arrested them. It then goes on to clarify the definition of second degree trespassing, just so we’re all on the same page about the kind of “terrorism” we’re talking about, here. And finally, it expands to explain that it is illegal to block the roads. Particularly, over 10 people standing in the road is a “mass traffic obstruction”, which is now a misdemeanor. And which we all assume will not be applied to the line from overflowing civic centers when Bob Dylan comes to town.

So let’s quickly sum this up: the folks down in Raleigh want to create a new crime called “economic terrorism”, which would make actual “terrorists” of protestors who assemble in any manner which can be deemed “unlawful”. This could include a group of folks meeting up spontaneously outside a business they feel has behaved illegally, or inside an airport to protest the acts of a government they feel are immoral. Just to add insult to injury, they may lose any property they had on them at the time and then be required to pay for the police who arrested them. And finally, they should be very careful about crossing the street.

We’ve been trying to shunt free speech into smaller and smaller spaces for some time, but this bill clearly tries to intimidate would-be protestors into just staying home. Making minor law infringements in the course of protesting into felony charges of “terrorism” is a blatant attempt at intimidation and overly harsh prosecution. Many well-meaning citizens are likely to think twice about acts like filling the airports to protest Trump’s travel ban if it means they might wind up being legally labeled a Terrorist, with their felony conviction limiting their freedom for the rest of their life. And the “mass traffic obstruction” section is clearly designed to prevent protestors marching in the streets…an act of resistance that has been often debated in our court system, but is not definitively illegal (expect to see it come up again if this bill passes).

The core problem is that no one is suggesting that it is acceptable to damage property or attack people during a protest. In fact, there are already laws in place that cover those crimes. But presenting legislation where protestors who have been told to leave a location and refuse can be charged with terrorism or we have special charges for protestors who stand in the street is not about keeping people and property safe: it’s about stifling the will of the citizens to protest. And that’s why you need to write or call your Representative right now and tell them to fight H.B. 249 with everything they have. If they’re a Republican, they should object to the unnecessary legal bloat and the prospect of shutting down effective protest efforts which they may one day find need of again. And if they’re Democrat…well, they’re probably already on it, but it doesn’t hurt to make sure they hear your voice. And if you’re from out of state…won’t you write some of our Representatives, anyway, and let them know you’re watching, and they are on the national stage as they propose to stifle free speech in North Carolina? We could definitely use your help.