It is substantially true that virtue or morality is a necessary spring of popular government. The rule, indeed, extends with more or less force to every species of free government. Who that is a sincere friend to it can look with indifference upon attempts to shake the foundation of the fabric?

Much has been said and written about the campaign and early administration of Donald Trump. There have been myriad attempts to explain “what went wrong” for the Democrats, and many others to pin a label on how our institutions are changing as he begins to demonstrate the gist of the narrative he wishes to create. But as his easily disprovable alternative facts are presented by his supporters as somehow just as believable as real ones, as Congress blatantly tries to disband the Congressional Ethics Committee as its very first act in the 115th Congress, in the aftermath of an election where the Presidential candidate claimed he would throw his opponent in jail if elected and bragged about his penis size on stage, when a Senator is shushed for reading a letter by Coretta Scott King about the racism of a nominee for Attorney General (and that nominee is subsequently approved), when the President of the United States appoints Brietbart’s editor as his chief strategist, a man well known for suing the EPA as the head of it, a woman who believes grizzly bears justify keeping guns in school as the head of public education, and can’t stop tweeting about how “unfair” everything is…we have moved well past attempts to categorize the times in which we are living as “Post Post-Modern” or even “Post-Truth”. We have to recognize it’s bigger than all that. We are living in the Era of Post-Dignity in American Politics.

I’m not claiming this administration or this Congress is any more corrupt than any previous one. It might be, but it’s impossible to judge, because up until this administration our political institutions as least tried to claim that they weren’t completely corrupt. They tried to hide it. They tried to misname and rename and misguide and misdirect. Remember when President Bill Clinton was busted for getting a blow job? Do you remember what actually got him impeached by the House? It wasn’t the act, itself…it was that he lied about it. He tried to cover it up, because getting busted for extramarital fellatio is not the kind of thing a President should do. Now that we have a President who has boasted of “grabbing them by the pussy”, however, we can expect that such wasted efforts at saving face are no longer necessary.

Do you remember when President George W. Bush was mercilessly teased for mispronouncing “nuclear”? For claiming to be “The Decider” and for coining the term “misunderestimated”? Those were the long golden days of a previous era. For the most part, the spelling and grammar errors, the five-year-old’s-fart-joke level of delivery emerging from Trump’s communications to the public are so frequent and so painful, we simply don’t have the available time and energy to track them. Instead, we’ve just accepted the fact that the President of the United States appears to be both functionally illiterate and incapable of sophisticated sentence structure. He is even sometimes praised for a “strategy” of not talking over people’s heads. Our nation’s highest office, one which has taxed the mental faculties of some of the most intelligent men in history, now prefers to communicate in 140 characters. And that’s apparently a good thing, because most of us cannot comprehend more.

Trump signed an arguably unconstitutional anti-immigration order, then publicly sulked when the judges wouldn’t let him have it. The Democrats tried to slow down the approval process for Trump’s cabinet nominees, so the Republicans just rewrote the rules of Congress. A counselor to the President has done an impromptu commercial for Trump’s daughter’s jewelry line on national news. The President of the United States is making money off the US Military by charging them rent in his enormous, tacky tower which he insists on frequenting while he makes “deals”.

Do you remember when President Barak Obama was made fun of for ordering Dijon mustard on his hot dog? At least we don’t have to worry about any of that elitist, ivory tower nonsense, anymore.

In all seriousness, this is a deeper problem than the simple embarrassment resulting from being represented by a man with a strangely orange fake tan and the vocabulary and coherence of an angry child. Congress is dysfunctional at best and blatantly self-serving and corrupt at worst. Our law enforcement can be recorded killing human beings who are not provoking them, yet they consistently go unpunished. We are presented with lies as truths so often that it is difficult to sift through to find facts upon which to operate. The rest of the world is swiftly realizing that turning their backs on an embarrassment incidentally opens up a better spot in the power structure for themselves.

And we allowed all of this by accepting claims that highly educated people are “elitist” and “out of touch” at the same time that we send all of our children into debt insisting that they have no future without a higher education. We cooperatively stepped down the path as our elected officials claimed science couldn’t be trusted because, apparently, scientists are known to be more corrupt than politicians. We dug our own grave as we swallowed the idea that the poor were only poor because they were morally corrupt, women were treated unequally because of their emotional instability, and black human beings bring death upon themselves due to a lack of etiquette. We have become calloused and gullible, believing any line spun out for us that will allow us to believe we are somehow going to be the lucky, chosen ones that rise to the top of the now baseless mythology known as the American Dream. And it is that series of choices which has empowered a government which has no pretenses of dignity. Only by baring the ugliest facets of our souls can we know we are being truthful. We support them because they let us see how truly monstrous they are.

That is where we are. And it’s unclear how we dig ourselves out of it. The United States has been in similar low spots before. Every massive wave of immigrants has been met with an undignified rejection of their humanity, subjected to open humiliation which should have embarrassed the perpetrators more than the subjects. Word War II set the stage for the Land of the Free rounding up and incarcerating Americans solely on the basis of their ancestry, an act which should have left the entire nation shamefaced for decades. McCarthyism was a blatant witch hunt, in which a few manipulative fearmongers convinced Americans to turn spy on their neighbors, submitting them to public harassment and mortification in a circus we attempted to dignify as vetting for “Un-American” activities.

But in each of those cases we were saved by the clear-sighted, clear-voiced few who were willing to stand in the face of monsters and ask “Have you no sense of decency, sir, at long last?”. Now, however, we face an uncertain future where such a voice will be mocked on Twitter by a President who has only to stoop to “yo momma” jokes to take the bar lower. Where a call to reason can be subverted by proclamations that facts are not facts, and logic a liability. How do we fight a system which no longer feels that even attempting to appear fair, just, and moral is worthwhile?

This is the question we must wrestle with, if we are to somehow survive this era with both our wits and our self-respect intact. We can’t just sit on the bleachers cheering the most entertaining of the unscrupulous acts before us. We have to recognize these are monsters, and that if we don’t find a way to tame them, one day they will consume us. 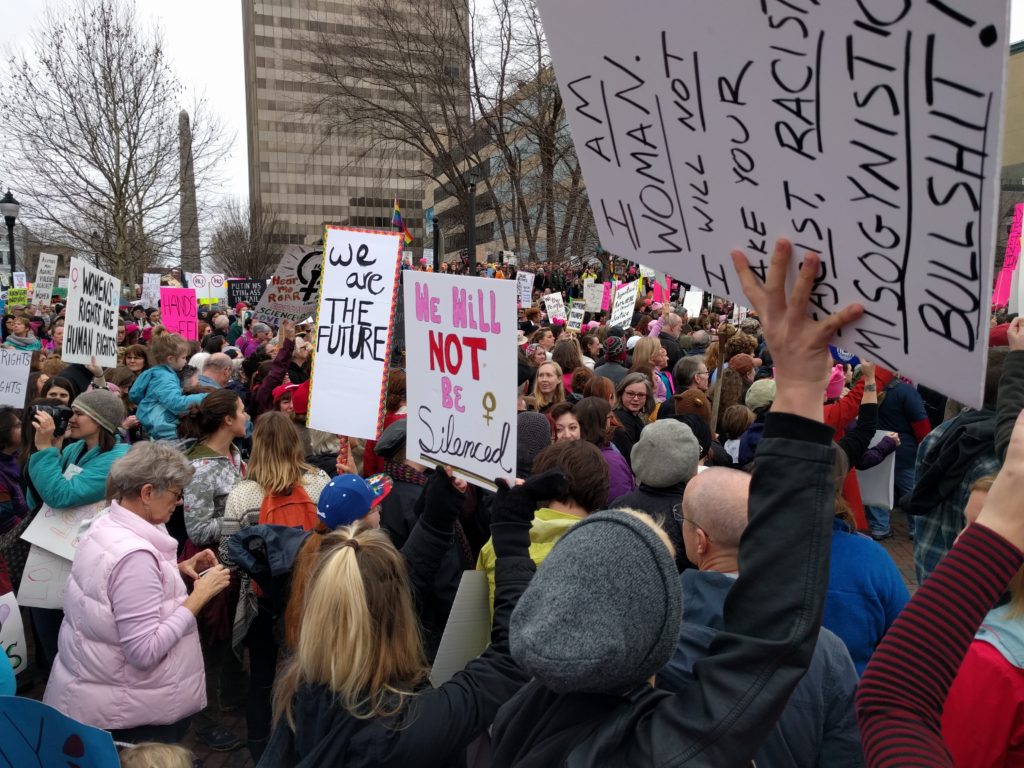