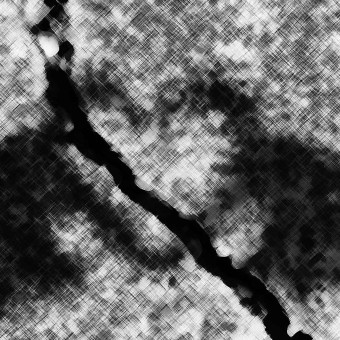 In the morning, work happened. She chatted with coworkers about their lives and handed over required items upon request. She was terribly efficient. And at four o’clock, she went outside.

The table was occupied only by the ashtray, beginning to overflow with butts and debris. Even the remainder of the apple from the day before was gone. Anna filled her whole chest with air and held it for a moment before walking back inside.

She took the long way home. It was later than she intended, as tasks had piled up, and she had taken some on for the other employees so they could get back to their lives. It was dark when she set her foot on the sidewalk. She walked slowly, enjoying the break of the cooler night air on her face, listening to the hum of the streetlights and the distant roar of construction down the road.

She was only a few buildings from home when she heard the sound from the alley. It was a small sound, almost like a cat inquiring about the weather, but she knew it was not a cat. She paused at the alley entrance, caught by the sound for reasons she didn’t understand.

A shuffle and then a muffled squawk, reminding her of a chicken she had once found with its head caught tight in a wire fence. She heard the rustle of rearranged fabric. A scrape. She ventured a few steps into the alley.

“Hello?” she called, her wrists tingling with the sudden thrum of blood from her heart, “Hello?”.

No one answered, but there was a faint scrape of something against mortar, a small shuffle too hard-edged to be the rats. She stepped quickly forward, to the edge of the yellow light, straining her eyes back into the deeper shadows. Something flashed yellow against the light around shoulder height, farther back where the shadows turned strangely purple.

“Hello? Does anyone need any help?” she called again, and this time she was greeted with a growl and a feeling of hot wind pushing back against her, a sense of panic and a sense of sudden understanding and foreboding and love.

Someone tried to cry out, a woman’s voice, terribly threadlike, pulled taught against the hot breeze that warmed Anna’s cheeks. An animal sound answered her, gutteral and unintelligable, and yet clearly predatory. Anna stepped forward with no thought at all.

She awoke the next morning to dreams of running, blood soaking the blankets and rising from her fingernails to her wrists. She stood in the warm light of the lamp and saw the necklace was gone. Her skin was spattered with red, and a smear across her breasts showed where the pendant had once swung. She showered and tried to piece together her dream. There had been a woman, yes, throat purple and bruised and nearly broken. And there had been something else, made of shadow and teeth and fierce desire. And there had been a glimmer of brass, swinging somewhere. Half a heart, hanging on a chain, flashing between the two.

She stepped into her clothes and out the door, walking briskly past the alley where, last night, something may or may not have occurred. Work happened. Coworkers talked about their evening, what they had done when they were not there. Anna did not. At four o’clock, she stepped out the back door into the smoking area. And on the table, next to the now empty ashtray, was an apple. With a note tied to the stem. Picking it up carefully, she found the brass heart taped to the back of the paper. The other side read: