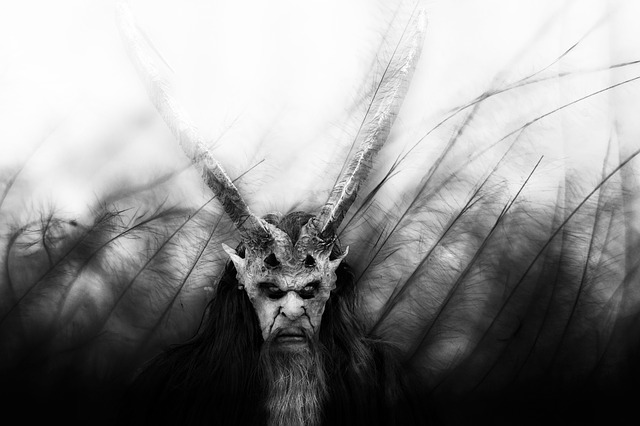 As I discussed extensively quite a while back, the dominant monster of any era can reveal much about the fears of the culture which promotes it. A decade ago, the dominant monster was the vampire, seductive representative of the corporate culture threatening to drain us all dry. Since that time we have moved on through zombies, an obvious recognition of our own increasingly “brain dead” and pacified state, and the frightening rate at which the symptoms seemed to spread. We have been slowly losing our fascination with zombies, however, and so particularly now, in the aftermath of one of the most polarizing elections in American history, we are likely to choose a new demon to haunt our fevered dreams.

What will it be?

To answer that question, we must consider what we need in a monster, what fears and internal threats must it manifest in order to carry out its function? It seems likely that in the coming months we will require a monster that reflects our more base, more bestial traits as we are confronted with the human consequences of many of President Trump’s proposed policies. Nothing like babies howling as they are wrenched from the arms of their immigrant mothers or fathers breaking down on camera describing how, with the loss of state-subsidized insurance, he cannot treat his child for brain cancer to bring us face to face with the animalistic cruelty lurking in our lizard-brain. So my bet is on the return of the hybrids: werewolves, werecats, maybe some werebears if we’re lucky. There’s also a certain poetic satisfaction in imagining our own destruction by shapeshifter; consider it the Native Americans’ long-overdue revenge. The hybrids we are likely to bring upon ourselves in our upcoming fiction will be motivated neither by cold calculation (as were our vampires) or mindless hunger (as were the zombies), but by rage and the feverish desire to wreak destruction. It’s important to note, however, that while traditionally hybrids have only transformed to their powerful, animalistic aspect at night (and only on certain nights, at that), we can expect some reimagining in the new versions (after all, vampires weren’t always sexy). Our new monsters won’t be afraid to confront us in the daylight. In fact, they will prowl fearlessly down our mainstreets to confront us in our cafes and boutiques. They will enter our homes without knocking while we’re still sipping our morning coffee and do their worst. We will discover that silver bullets were always just a myth; these creatures have broken free of the moon’s influence and have no weakness against her metal. They are bigger than us, stronger than us, and beyond reason. Only by banding together do we stand a chance against them.

But therein lies the crux of any monster mythology: we create the embodiment of our fears, and eventually we create a way to defeat them. Vampires require a stake in the heart or a thorough dose of revealing and purifying sunshine. Zombies require utter destruction of the brain (or endless care and maintenance)…by those who can still think. And what will be the solution to our new, more fearsome than ever, race of hybrids? We can’t yet say what solutions we might find, but we can certainly predict that one of them will be to stick together and watch each other’s backs.