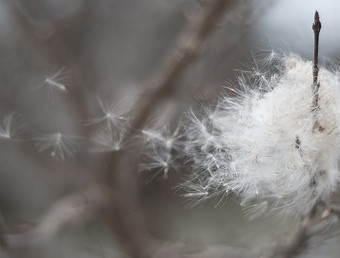 One might think that in an evolved, educated, first-world nation, the issue of “sex ed” would have been settled long ago. After all, what could be more important than teaching children about their own bodies, and encouraging each individual to make responsible choices when it comes to reproduction? And yet, the debate continues to rage, in our homes and schools and on the national stage. How much information is too much? Does sex ed encourage children to have sex? Should we teach them about birth control? And recently the debate has extended to include the question “When do we start?”

We Start At Birth

Various politicians have taken flack for proposing a particular age or grade where sex ed should begin. And rightly so. We should not wait until some completely arbitrary point in a child’s life to begin addressing the many topics which fall under the heading “sex ed”. From the moment a child realizes that he has hands, and then proceeds to use those hands to explore his own body, he is already experiencing the beginning stages of “sex ed”. From the moment a baby learns to focus her eyes and begins to observe our attitudes about our bodies and about sex, she is forming the platform upon which she will model her own behaviours. Every single parent is engaged in “sex ed”, whether they like it or not.

“Sex ed”, as formally taught, usually begins with a discussion of the various parts of both the male and female bodies, and the proper names for all their parts. Any child entering kindergarten who can name his fingers and toes but still refers to his penis as a “willy” is at a disadvantage. We don’t call our noses “nibnibs” or our bellybuttons “potholes”. In assigning cutsey names to sexual organs we are not protecting our children from the evils of the world, we are merely setting up an assumption that there is something dirty or wrong about those body parts. So let’s begin “sex ed” at home, without embarrassment, by simply naming all body parts with equal honesty.

By the time a child is five, they have already learned much by watching and imitating their parents. They have the foundation of sex roles and sexual attitudes already instilled within them. Parents continue “sex ed” in their demonstration of their attitudes to these issues. If the mother consistently capitulates to an overbearing father, the child learns that women are submissive (and yes, that can very well affect their sexual interactions later). If the father carries a burden of shame and weakly acquiesces to the mother’s every whim, then the child learns that women are the powerful ones, and men can only follow. If the parents make it a point to never be naked in front of a child, then the child learns that the body is something shameful, best kept secret. These are deeply ingrained attitudes in every person, but each parent owes it to their child to overcome them to the best of their ability, so that they are not passed on to the next generation.

Where Do Babies Come From?

Every parent is asked this question, generally well before their child is of age to enter kindergarten. Sadly, it is at this crucial juncture that many of even the most well-intentioned parents falter. Clearly, “storks” are not the answer, and “from love” is neither wholly accurate nor complete. We tell ourselves they are too young to understand, and yet we are perfectly comfortable explaining other complex human interactions or bodily functions. Our unease comes not from what the child can accept, but from our own discomfort discussing something we have been taught was dirty. And yet, if we want our children to grow up to be responsible about their sexuality, it is our own unease and irrational prejudice we must overcome.

Along with explaining the mechanism of sex, children are interested in (and deserve to know) the actual process of birth, their own and others. At this time, most people either tape the birth of their children or know someone who did. At the very least, there are plenty of still pictures and videos of birth on the internet. Children should see precisely how they came into the world and, if at all possible, attend at least one actual birth as they grow up. Whether male or female, they benefit greatly from understanding the drama, pain, and joy that go along with bringing a new life into the world.

As children get older, they become concerned with more than the simple mechanics of sexual intercourse, and they watch us for clues to how to approach it. Are we open and comfortable talking about sex? Can they approach us with their questions without fear of judgment? How do we relate over the topic of sex with other adults? Is it a part of life, just like eating and drinking and laughing? Or is it something never discussed in front of the children? If we take an open, honest approach then the children absorb much of what they need to know as they go along.

Take, for example, the issue of birth control. Much has been made of whether children should be taught about birth control in “sex ed” or whether the programs should focus on “abstinence only” instruction. Let’s be honest, here (after all, we’re adults, right?). No matter what your personal beliefs about when and how sex is appropriate, no matter how openly and comfortably you discuss your opinions with and in front of your children, hormones and curiosity are a potent mix. Unless you keep your child locked in a closet throughout their teenage years you simply cannot guarantee that they will not have sex before they are ready to raise a child of their own. And should your little one choose to play when you’re away, the last thing you want is to have them coming to you at thirteen with the announcement that they are about to embark on the wondrous adventure of parenthood for themself.

As to arguments that teaching kids about birth control encourages them to have sex, let us consider whether not teaching them about birth control discourages them to have sex? Have “abstinence only” programs reduced teen pregnancy? Clearly not. So ask yourself whether you would rather have your child engaging in sex with or without protection, at whatever point they decide to go there. It’s really that simple.

Assuming you have been honest with your child about sex, and assuming they have plenty of exposure to videos of live births and time with annoying smaller children, they are probably well-prepped to understand the importance of birth control. At what age should one approach the topic? The earlier the better, preferably the first time you explain to your child what sex is. “This is how babies get here, but sometimes people have sex when they don’t want babies, and so there are various means for avoiding pregnancy,” is a good start. From there, it tends to just flow in with the rest of the conversation. We, as adults, talk about birth control fairly often. We even see cars with blown up condoms attached to the bumper pulling away from weddings. It’s really not such a difficult thing to include our children in these conversations, and the more comfortable they see we are with the topic, the more likely they are to approach us with questions which may prevent a tragedy later on.

Sex Ed In The Classroom

As much as every child would benefit from being raised in a healthy sexual climate, we must also recognize that not all parents are up to the task. Right now, and for the forseeable future, many children will enter the school system knowing no more about sex than they do about advanced calculus. As the whole ostensible reason for a public education system is that society as a whole benefits when its members are educated, so also society as a whole benefits when each member is educated about sex and reproductive responsibility. So yes, the schools should teach sex ed. Beginning in kindergarten.

It’s a simple thing to include the reproductive system as we talk to kindergartners about their bodies. It’s really not so hard to discuss what sexual intercourse is. There is no reason in the world that children should not see videos of birth in school. And really, what is the problem with talking about contraception in the school system? It does not undermine any moral guidance you may give your child at home to have them hear that, at such time as they ever decide to have sex, here is how you go about preventing pregnancy. It’s a practical thing, a life skill. It’s not in any way akin to telling kids it is acceptable to kill, steal, or eat their younger siblings. Like so many things, giving our kids an understanding of contraception is handing them a tool which they can then employ at whatever point they choose.

So yes, let us have sex ed in school. Real sex ed, sex ed that actually educates. Let us have it in our schools and in our homes and anywhere else it might come up. Let’s not wait until our kids are teenagers and 22 out of every 1,000 girls are pregnant. It’s time we got past our fear of what giving kids the facts may do, and focused on what our policy of ignorance has created.

2 thoughts on “Sex Education Should Begin At Birth”