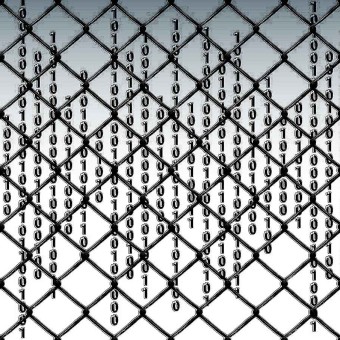 Net Neutrality is the concept that all Internet traffic should be treated equally. And by “equally” we mean that different kinds of information on the Internet should all be delivered to the the end user without any regard for what kind of information it is. You ask, you get, and no one is standing in the middle saying “Actually, that info you wanted isn’t important enough for you to get it quickly.” Everyone who makes content available on the Internet can have it accessible to whomever wishes to view it (sadly necessary disclaimer: this applies only to content that is otherwise legal in your country, state, and district). Everyone who wants to view content on the Internet can ask for it and get it at the same speed as any other content. Kind of like how when you pick up your phone to actually call someone (I know, who does that anymore, right?), you expect the call to be completed and the person on the other end to be able to respond in real time, no matter who you are calling. Equal, two-way access, no matter who you are calling.

If you’re not into the long, wordy explanations, skip this part and jump to the breakdown.

There’s a long history to this issue, and nerds like myself are often inclined to get a bit het-up about it and start throwing around a lot of terminology that sounds like it was sifted straight out of a sci-fi movie. But don’t stress; you probably like sci-fi movies, and just like the monologue by that nerdy scientist in your favourite, the jargon isn’t actually that opaque or hard to understand. This is, by the way, the point where you just said “Whoa, Doc, slow down and say that again in English.”

The Internet wasn’t originally designed for you. Hard to believe, I know, but it’s true. The early proto-Internet was built for the US military, and then universities glommed onto it, and only later did businesses and then individual households start hooking in. This is important, because it means that it wasn’t built with you in mind. Unlike the idea of, say, the telephone (which was inherently personal), the idea of the Internet was that large organizations could collate and exchange information. Sure, there were individuals on each side of the line, but they were working for agencies, and it took a while before an individual came up with the idea of ascii porn and started putting it out there (like, pretty much until the first university got a connection).

What I’m saying is that there was no reason, in the beginning, to make sure the Internet was open and fair for everyone. Because the only people on there were the ones building it.

So naturally, the Internet Service Providers (those people you pay a fee to for your Internet connection every month) got the idea that there had to be a way to make more money off of this. And they realized, somehow, that most people already hate their Internet Service Providers (it doesn’t help that they’re usually your phone/cell phone/cable/satellite company, as well). So they started looking “upstream”. What we mean by “upstream” is those folks who build a website that provides the content you’re looking for. When you go to Youtube for kitten videos, Youtube is “upstream” from you. So is the Wall Street Journal, when you visit their site online. So is any Internet site you go to. And the bright idea the Internet Service Providers (let’s just call them ISP’s, OK?) had was this: we can’t charge more to the people going to websites, but we can totally charge more to the websites people are visiting. If they want people to not get bored waiting for their content to load, they’re just going to have to pay us a little extra.